After a full year of software development, from June 2011 to March 2012, making the professional release of PLAST from its reseach prototype, we conducted the following benchmark.

PLAST has been compared to BLAST and SSearch to evaluate speedup and data quality produced by the new algorithm. Since we used SSearch in this test, we chose reduced data sets to take into account long running times.

PLASTp benchmark compared the first 2327 proteins from the black cottonwood Populus trichocarpa proteome against the first 2.9 million sequences from the NCBI RefSeq databank. All computations were conducted on an Apple MacPro computer. 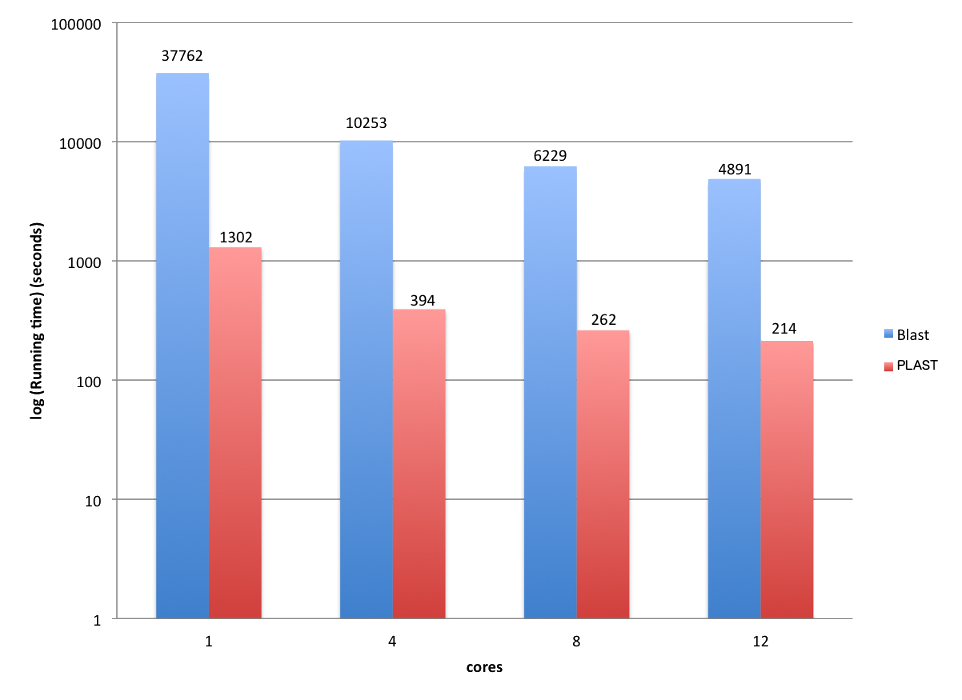